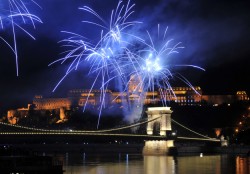 Christmas and New Year’s eve passed with presents, champagne, and fireworks here in Budapest. As is customary, Easyling users weren’t left without presents either: December saw the experimental rollout of our DropBox integration, an improvement of the crawler system, a massive regular expression tester, and our greatest present, the frontend for the new multicache feature (see the detailed blog post here). See the details after the jump!

Just before Christmas, the user interface for the multicache feature was rolled out, moving from the public beta to a public release. Due to the extent of this feature, an entirely separate explanatory article was released, on December 24, containing a full detail of the feature, how it evolved, and use cases in which the multicache will be useful. Please see the linked article for the full details of this feature.

On our quest to provide the best services for our users, we began integrating DropBox’s remote interface into the Proxy. While the user interface is not complete yet, provisions are in place to register a DropBox account into Easyling, bind it to projects, and push the exports to DropBox as they complete. Further, as files are uploaded back to the project folder, Easyling is notified and if the file is an XLIFF (or ZIP) in the appropriate folder, and attempt is made to import it for the project it was uploaded to.

If you wish to participate in the public Beta program and start using DropBox before anyone else, email us at [email protected]!

Easyling has long had the ability to apply regular expressions upon ingesting new content, and collapse the capture groups into translation-invariant elements in the dictionary and the resulting XLIFF. However, previously, the user had no idea if the expression constructed was sufficiently adaptable for the entire project dictionary, nor could they foresee how the expression would transform captured content. To ease this conundrum, we integrated a regular expression testing tool.

The regex tester tool allows you to try out and refine your regular expressions without repeatedly re-scanning the project to see its effects.

Reachable from the Advanced Settings page, and currently restricted to Chrome, the tool requires a CSV export to be generated first (the Export Translations dialog allows you to select between the default XLIFF and the CSV formats). This is uploaded to the Proxy server, and parsed, allowing you to test the impact of your regular expressions on the project dictionary and word counts, perfecting them until they achieve the desired effect. However, entries are not removed from the project even when a regex is added. You need to delete them manually (using the Workbench), then run a new crawl to pick up the altered entries.

Stay tuned for future features and improvements in January too, as Easyling moves into the new year!