Another month has passed, and Easyling received several new capabilities, as well as an award during the LT-Innovate Summit in Brussels. The most important of these new capabilities is the new Translation Workbench, an upgrade of the existing List View, rewritten from the ground up along with the advanced Translation Memory (TMX) handling to support migration from other proxy solutions; but we also added the ability to define custom “ignore classes”, HTML classes which are exempted from being translated. See the full list after the jump!

Our greatest feature is the brand new Translation Workbench, a complete rework of the existing List View, making it better, faster, stronger. Although not everything has been ported from the old List View yet, the two are concurrently available by simply clicking or Ctrl+clicking the List View button. Most importantly, it supports sentence-level editing, special character layout/composition, and in-browser spell-checking. At the same time, it is more responsive than the old view when it comes to working with thousands of segments and handles differing screen sizes better.

You can bring up the Workbench by pressing and holding Ctrl/Cmd when clicking on the List View button.

The Workbench, showing the entries segmented on the sentence level. It may not look too different, but below the hood, nearly everything’s been rebuilt.

Second, we’ve added handling of special ignore classes. These are HTML classes taken from the source site, which are, after being entered into Easyling, treated as translation-invariant, and they will be collapsed into an uneditable <x> tag for translation. These classes can be used to the same effect as the <translate=”no”> attribute on elements not  to be translated, without the modification of the original page. 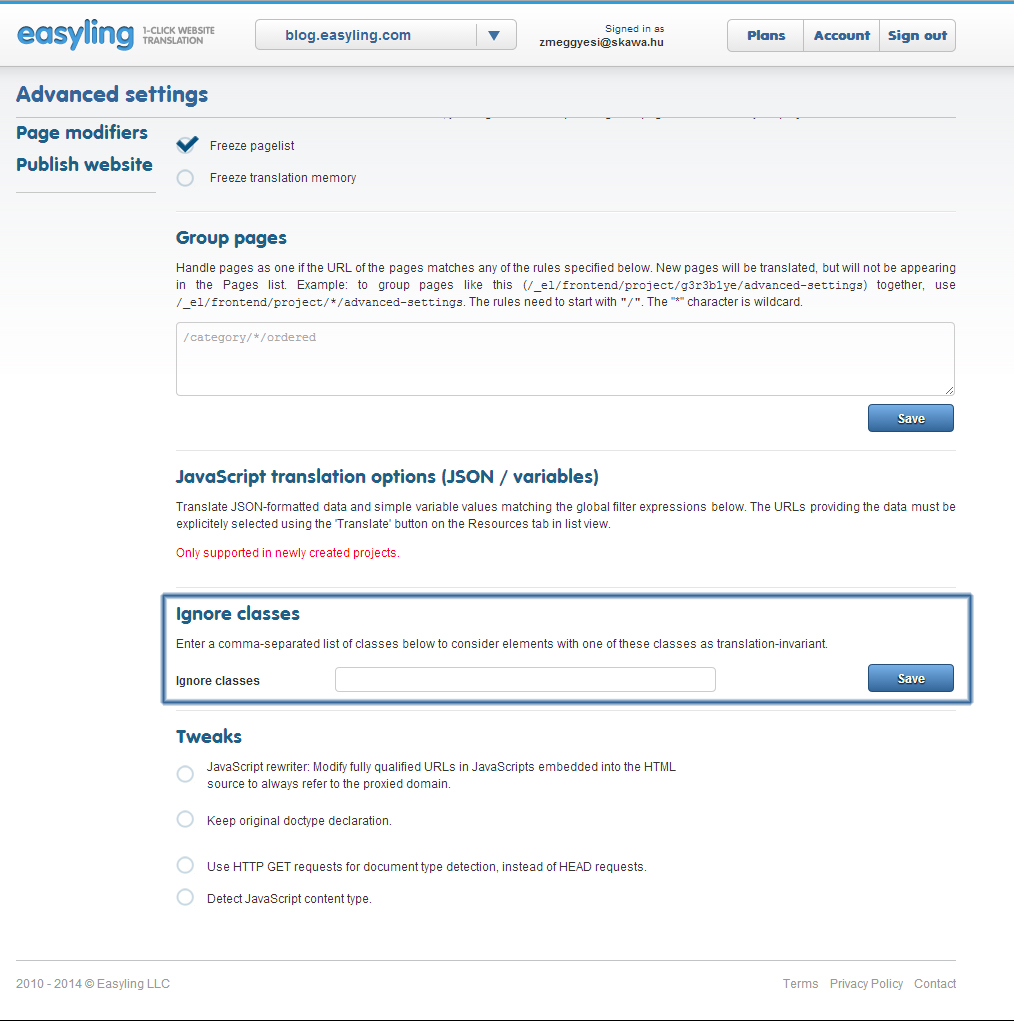 Enter a list of HTML classes to ignore, elements with these classes will be considered translation-invariant, and will be contracted into an x-tag.

Third, and maybe our most awaited feature, we have added translation memory support into Easyling. You can now import your own TMs (accessible only to you) and add them to projects under your control, where you can then use them in the pre-translation phase to automatically translate everything above a certain confidence level (set to 99% by default). Along with TM update and export as a TMX file, you can keep your on and offline TMs in sync.

Add your own TMs, or export the project as a TMX to keep your online and offline TMs synchronized!

After a memory has been imported and assigned to a project, you can use it when Pre-translating the project. Just select the Translation Memory option instead of machine translation or the pseudo-translation options. 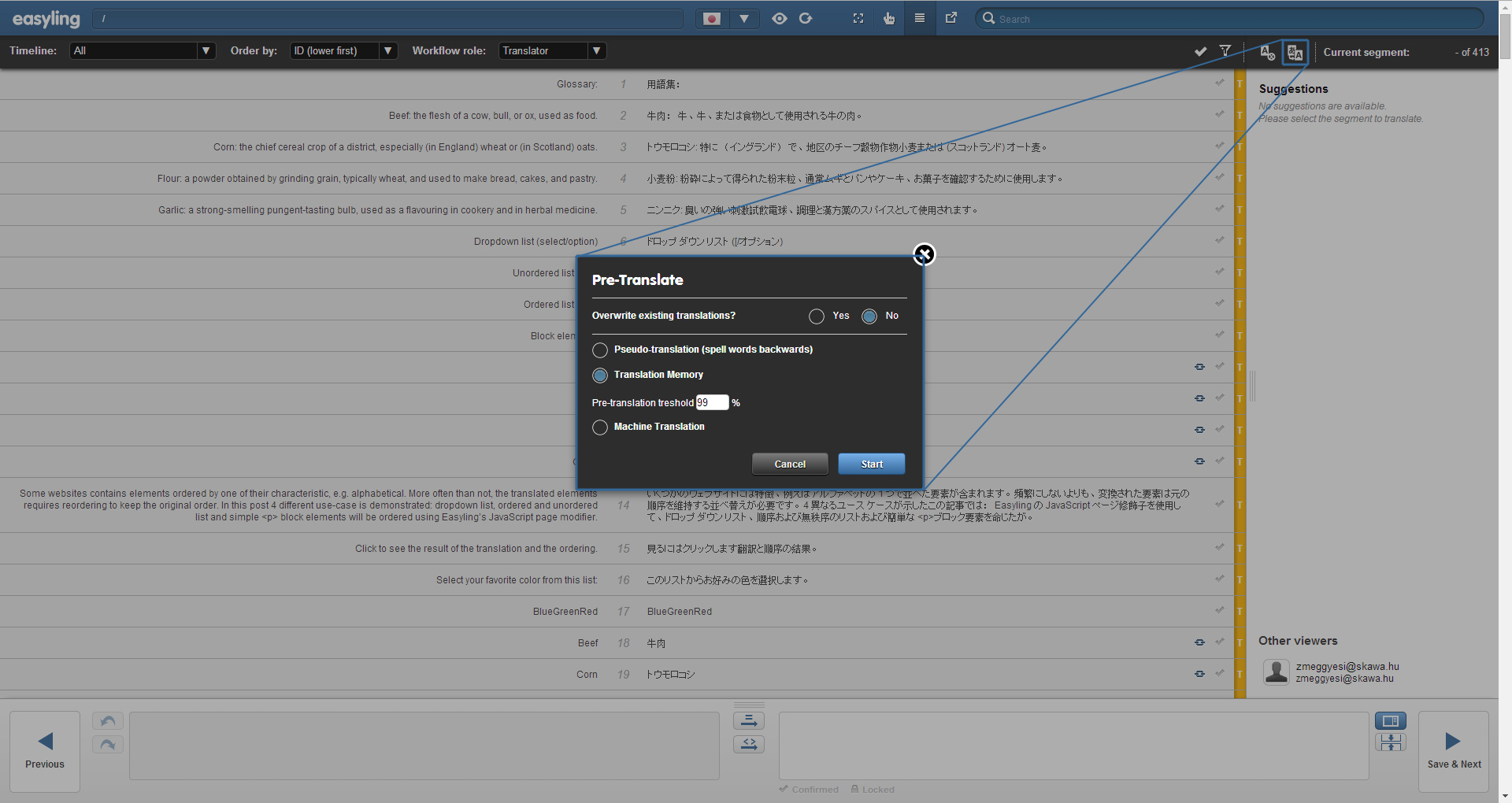 Finally, we removed the long-standing restriction of one user-one domain-one project. Now, users are able to create any number of projects for a single domain, good for working with sites where several path structures need to be translated and published on different subdomains. 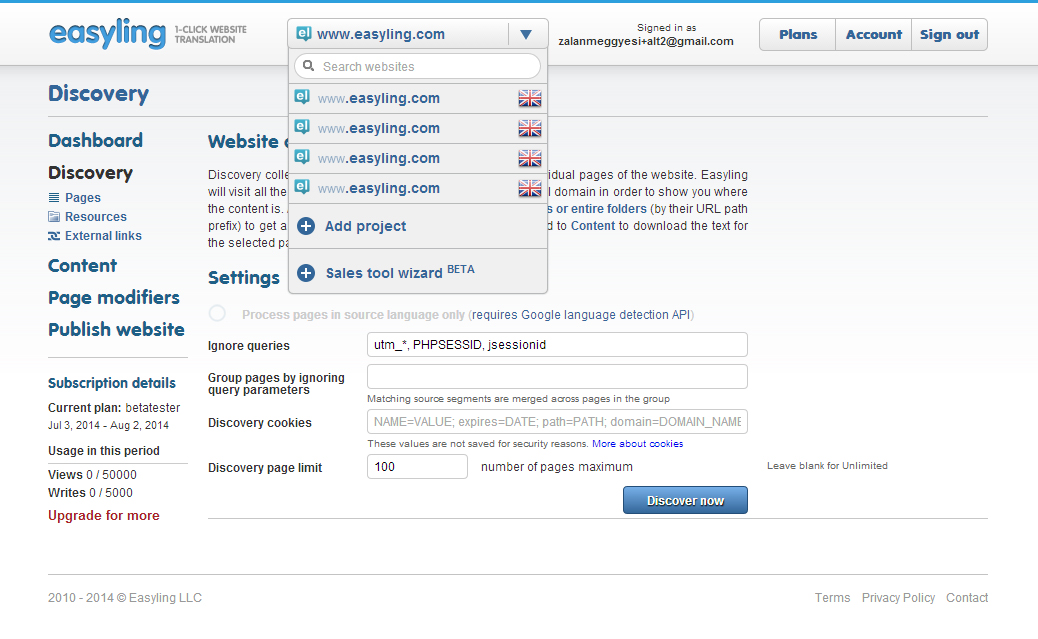 One user, one domain, many projects.

On a different note, we’ve attended the LT-Innovate Summit 2014 in Brussels, where we were presented an award for excellence in language technology for our integrated solution with XTM International. 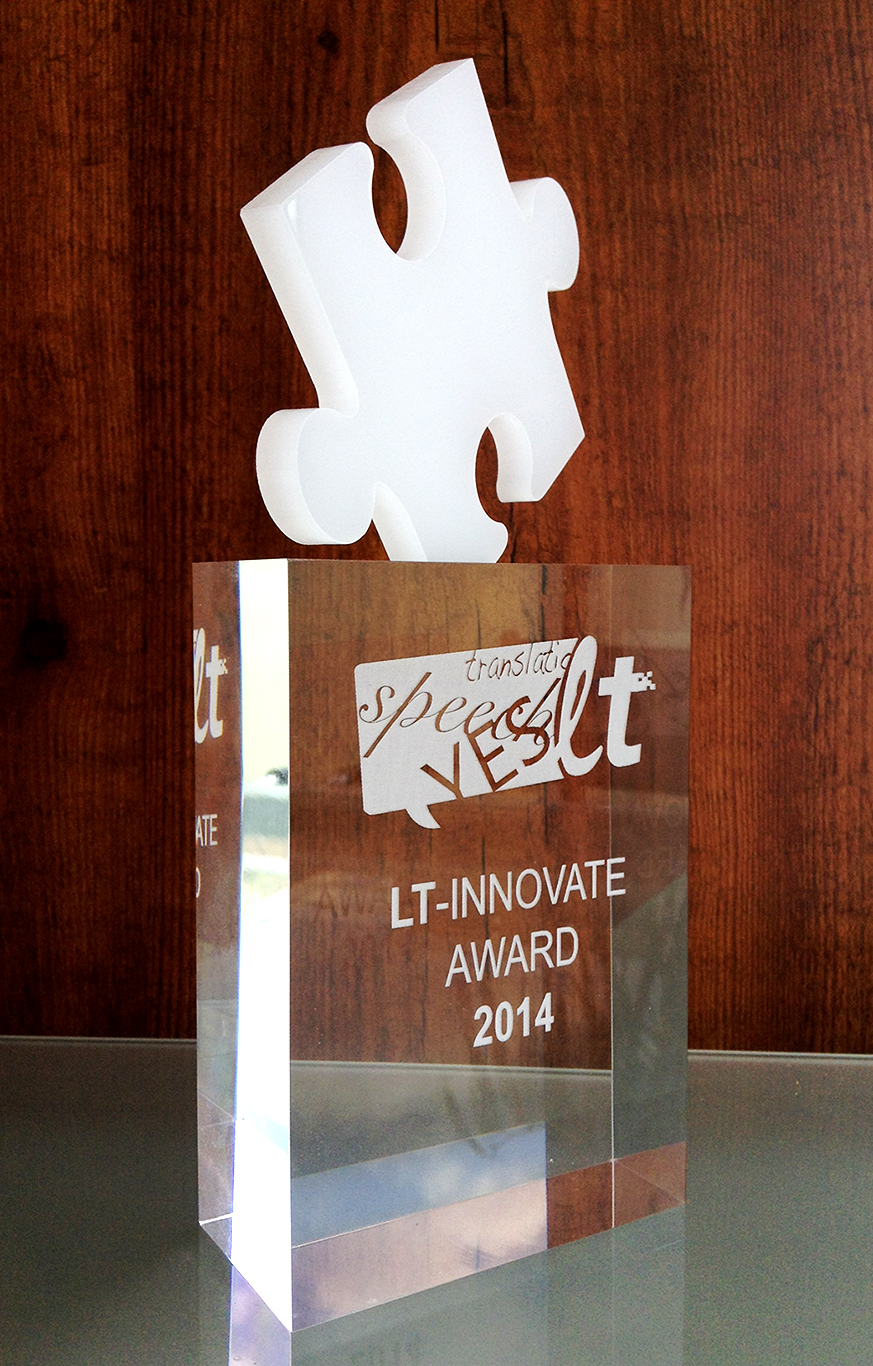 The LT-Innovate Summit 2014 Award for Excellence, for our integrated translation solution with XTM Cloud